The Modula Assembly Inline is a specific compilation of Modula components to a process module, which can be very easily integrated into a fully automated production line. The effort required to install the Modula Assembly Inline over a transfer system or on a large rotary indexing table is minimal for special machine building.
The process cell consist typically of a scanner optics with processing field 100 x 100 mm for contour or quasi-simultaneous process, a special clamping unit and a housing. But it can also be equipped with a ring, line, or DOE optics for simultaneous process type. 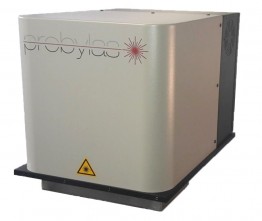 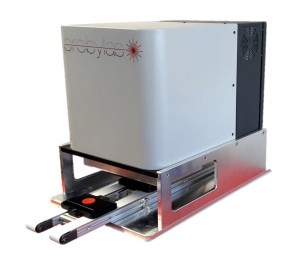 For integration a supporting structure to the base plate of the housing is required, which can absorb the clamping forces of up to 2,300 N without deforming. With a transfer system the base plate is typically supported from either sides. With a rotary table, the process module is usually fixed with a C-shaped frame from the outside over the rotary table.
During operation, it must also be ensured that nobody can intervene between the part and the clamping unit of the process module. 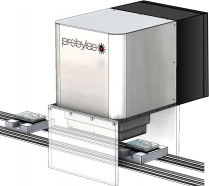 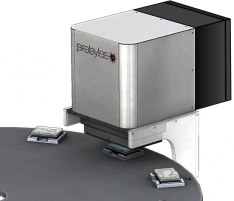 To ensure laser-safe operation according to laser class 1, the workpiece carriers or fixtures must be designed so that they close "laser-tight" to the down moving clamping tool of the clamping unit. The rest of the housing is designed to be inherently laser-safe and is monitored with safety sensors.

The design of such laser safe toolings can be done by the special machine builder or be supplied by ProByLas.